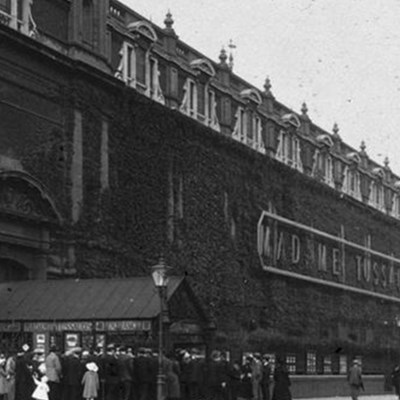 Millions and millions of people have flocked through the doors of Madame Tussauds since they first opened over 200 years ago and it remains just as popular as it ever was. There are many reasons for this enduring success, but at the heart of it all is good, old-fashioned curiosity.

The Making Of A Star

1780: Marie becomes art tutor to King Louis XVI’s sister and goes to live at the Royal Court in Versailles.

1789: On the eve of The French Revolution, Marie returns to Paris.

1793: Marie is imprisoned with her mother in the notorious Laforce Prison, Paris. On her release she is forced to prove her allegiance to the Revolution by making death masks of executed nobles and her former employers, the King and Queen.

1802: Madame Tussaud takes her exhibition on tour to the British Isles, leaving behind her husband.

1835: With her sons, Madame Tussaud establishes a base in London at ‘The Baker Street Bazaar.’

1846: Punch Magazine coins the name Chamber Of Horrors for Madame Tussaud’s ‘Separate Room’, where gruesome relics of the French Revolution are displayed.

A Historic Attraction Is Born

1884: Marie’s grandsons move the attraction to its current site on Marylebone Road

1925: The attraction is devastated by fire.

1928: Restoration is completed with the addition of a cinema and restaurant.

Attraction Around The World

2012: G'day! Madame Tussauds arrives Down Under in Sydney.

2017: Attractions in Nashville and Delhi open.