Madame Tussauds New York completed a full reimagination with new theming and key wax figures in its party area full of A-Listers, called the Glow Gala. The room is packed with 20 celebrities including new and never-before-seen wax figures of Ariana Grande and P. Diddy. Many of the figures, such as RuPaul, Lady Gaga and Katy Perry, are wearing illuminated, show-stopping looks inspired by the famous New York Met Gala. Perry’s figure takes center stage in this 360˚  experience, suspended from the ceiling and styled in a recreation of her 2019 Met Gala chandelier dress. 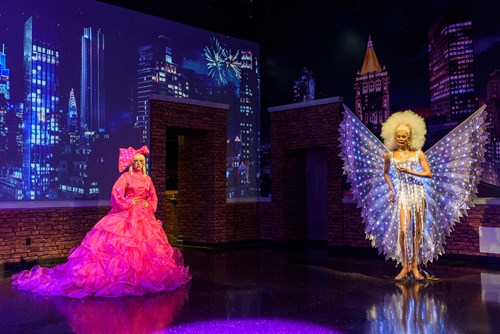